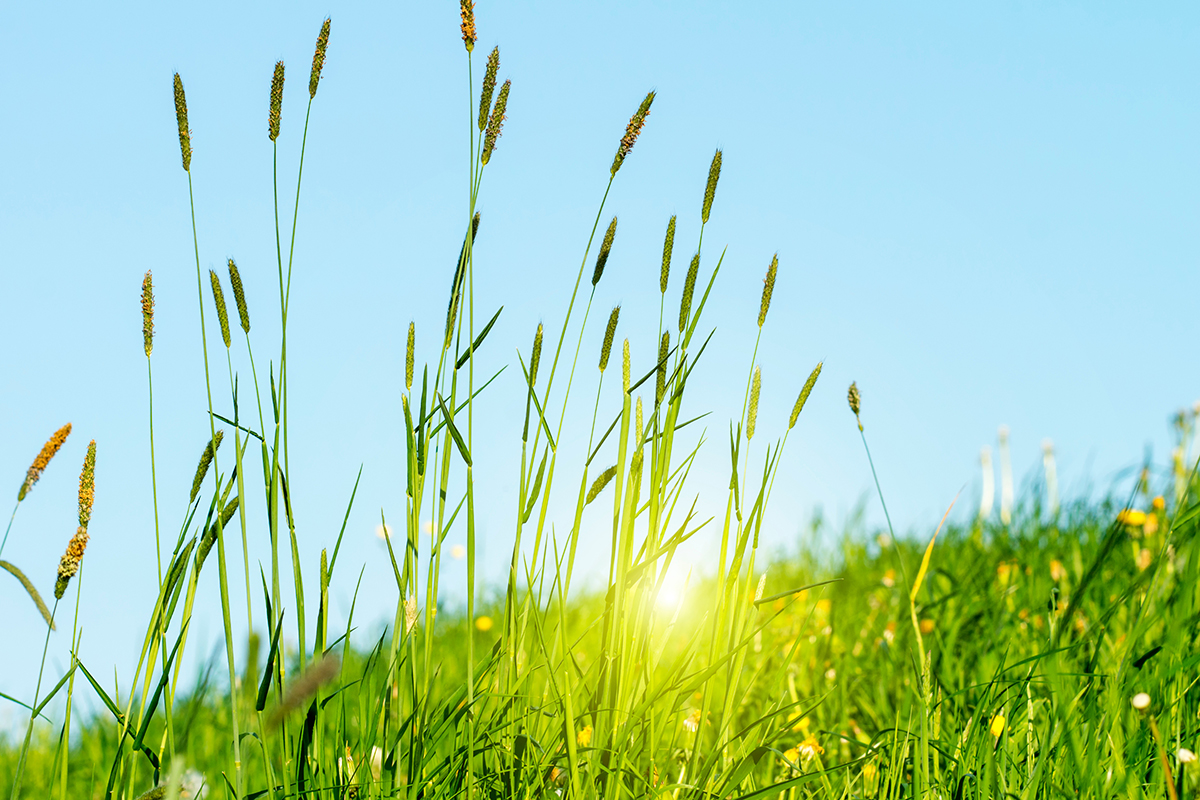 When you have an allergic reaction, your body overreacts to something that it perceives as a threat. In this case, the allergen (the substance that you are allergic to) is pollen or spores. Your immune system (the body’s natural defence system) starts to respond as if it were being attacked by a virus, and produces an antibody to attack the allergen.

Antibodies are proteins that are produced by the body to neutralise or destroy disease-carrying organisms. If you have hay fever, your body produces an antibody called Immunoglobulin E (IgE) when you come into contact with pollen or spores.

The production of IgE triggers the release of a number of other chemicals, including a protein called histamine. These chemicals then cause the symptoms of the allergic reaction, such as watering eyes and a runny nose.

WHAT ARE YOU ALLERGIC TO?

In Ireland, most people with hay fever are allergic to grass pollen. However, trees, mould spores and weeds can also cause hay fever. Research suggests that pollution, such as cigarette smoke or car exhaust fumes, can make allergies worse.

There are around 30 types of pollen and 20 types of spore that could cause your hay fever. The pollen that causes hay fever could come from:

Spores that cause hay fever can come from:

WHEN IS THERE MOST POLLEN?

THE EFFECT OF THE WEATHER

The amount of sunshine, rain or wind affects how much pollen plants release and how much the pollen is spread around. On humid and windy days, pollen spreads easily. On rainy days, pollen may be cleared from the air, causing pollen levels to fall

During their pollen season, plants release pollen early in the morning. As the day gets warmer and more flowers open, pollen levels rise. On sunny days, the pollen count is highest in the early evening.

How to Treat Hayfever

The best way to control most allergies is to avoid the trigger substance. However, it is very difficult to avoid pollen, particularly during the summer months when you want to spend more time outdoors.

A range of products is available to treat the symptoms of hay fever. Some may be prescribed by your GP, but others are available over-the-counter (OTC) in most pharmacies.

The best way to decide what treatment is most appropriate for you is to speak to your GP. This is particularly important if you have asthma as well, because hay fever can often make asthma symptoms worse. Your GP may advise you to increase the dosage of your asthma medication.

For these treatments to be most effective, try to minimise your exposure to pollen. See Prevention for tips on how to do this.

Antihistamines treat hay fever by blocking the action of the chemical histamine, which the body releases when it thinks it is under attack from an allergen. This prevents the symptoms of the allergic reaction from occurring.

Antihistamines are usually effective at treating itching, sneezing and watery eyes, but they may not help a blocked nose.

Oral (to be swallowed) antihistamine tablets can be prescribed by your GP or bought OTC. These are usually taken daily or several times a day. In the past, antihistamines caused drowsiness, but most newer types do not.

Antihistamine nasal (nose) sprays containing azelastine may be prescribed by your GP. See the box, left, for how to use them. They can taste bitter if you do not use them correctly.

Corticosteroids (steroids) are used to treat hay fever because they have an anti-inflammatory effect. When the pollen triggers your allergic reaction, the inside of your nose becomes inflamed. Corticosteroids can reduce this inflammation and prevent the symptoms of hay fever.

Your GP may prescribe corticosteroid nasal sprays or drops instead of antihistamines if:

See the box, left, for how to use them.

Corticosteroids are more effective than antihistamine tablets at preventing and relieving nasal symptoms, including sneezing and congestion. They can also relieve itchy, watery eyes. They are most effective if you start using them a couple of weeks before your symptoms usually begin, and work best when used regularly.

Some corticosteroid nasal sprays are available OTC. Always read the patient information leaflet that comes with the medicine. Using too much or using it incorrectly can cause side effects, such as dryness and irritation in the nose and throat.

If your hay fever symptoms are so severe that they impair your quality of life, your GP may prescribe a 5-10 day course of oral corticosteroids. These will quickly relieve your symptoms, but can cause side effects, such as an increase in appetite, weight gain and mood changes, including irritability or anxiety.

Long acting steroid injections have been used for treatment of Hayfever, but they are not recommended as routine management due to the risks of serious side effects and should only be used in exceptional circumstances.

Hay fever can cause a blocked nose. A decongestant, in the form of a nasal spray, can relieve this. Decongestants reduce the swelling of the blood vessels in your nose, which opens your nasal passage and makes breathing easier.

Your pharmacist can advise you on the different products to choose from as many are available OTC. Check the ingredients as some decongestants also contain an antihistamine. If they do, they may relieve other symptoms as well. If not, the decongestant will only relieve your blocked nose.

Nasal decongestants should not be used for longer than seven days. They may cause dryness and irritation in your nasal passage, and if used on a regular basis for more than 7 days they can make the symptoms of decongestion worse and harder to treat.

Eye drops are available OTC to treat the hay fever symptoms that affect your eyes, such as redness, itchiness and watering (allergic conjunctivitis). These drops contain antihistamine to reduce the inflammation in your eyes, which will relieve the symptoms.

Eye drops containing the active ingredient sodium cromoglicate are the most widely used. Check the patient information leaflet for the correct way to use them. Some may cause side effects, such as a stinging or burning feeling in your eyes.

If you have persistent hay fever symptoms which are not relieved by the above treatments, your GP may refer you for immunotherapy treatment. This involves gradually introducing you to small amounts of the allergen (the substance that you are allergic to), such as pollen, and monitoring your allergic reaction.

This treatment is only carried out in specialist medical centres in case a serious allergic reaction occurs. The allergen will be given to you as an injection into your skin or a tablet that dissolves under your tongue. You will then be monitored for up to an hour.

As you get used to the allergen, the amount used is slowly increased and your allergic reaction to it should get less severe. This has been shown to improve people’s tolerance of the allergen, improve their quality of life and has long-term results.

Immunotherapy may take months or even years to be effective. There is a risk of anaphylaxis (anaphylactic shock), which is a severe allergic reaction. It is not recommended for people who have persistent asthma and hay fever.

Some alternative therapies, such as acupuncture, homoeopathy and herbal remedies, claim to relieve or prevent hay fever symptoms. However, the lack of evidence supporting their effectiveness means that more research is needed before they can be recommended.

If you decide to use herbal remedies, check with your GP first as some remedies, such as St John’s Wort, can react unpredictably with other medication or make it less effective.

Some Tips on Preventing Hayfever

It is very difficult to completely avoid pollen or spores. However, reducing your exposure to the substances that trigger your hay fever should ease the severity of your symptoms. Follow the advice below to avoid being exposed to excessive amounts of pollen and spores.